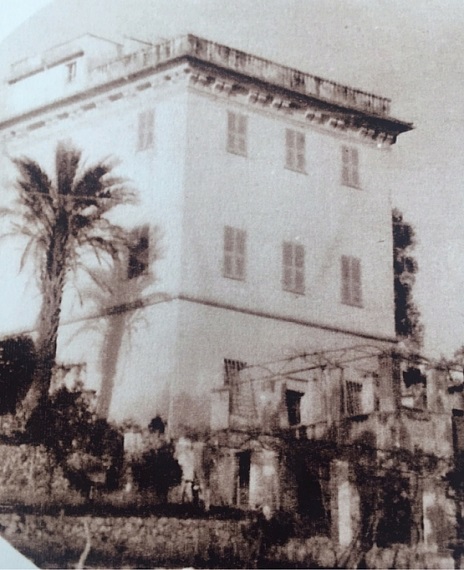 The Villa Corinna, which stands at the centre of an estate encompassing about one hectare, and stretches along the lower eastern flank of Mount Bellenda, represents one of the most important historical architectural manifestations of the Piana di Latte.A location traditionally favoured by the aristocracy of Ventimiglia, and Piedmont, in which they would spend their summer holidays.

The Villa is the result of several building phases: the most ancient, fundamental part of the building, characterised by the central structure of highest elevation, presumably dating back to the first half of the sixteenth century, a time in which many such buildings were constructed throughout western Liguria. These were watchtowers and defence towers, built to ward against the Turkish barbarian invasions which were particularly frequent at this time. During the well-known census of 1971, De Maestri identified several public defence buildings constructed in the sixteenth century by the coastal communities of the western Riviera, under the directives of the Republic of Genoa Marinara. Among those highlighted, are for example, the coastal ramparts of Alassio, Andora and Laigueglia (1).

Since it was a privately owned building from the time of its establishment, Villa Corinna was not included on this list. However, the adoption of the same type of public defence construction is evident: to all intents and purposes, the Villa is in fact, a typical example of a square plan fortified tower house, characterized by a particular vertical development, perimeter walls of considerable thickness, and flat and corrugated roofs that separate the base from the superior escarpment section of the building.

Villa Corinna is also one of the few sixteenth-century buildings in the area to have retained the support structure of the drawbridge: this feature, which today resembles a U-shaped structure, occupies the entire side of the central part of the building and extends to the height of the second floor. At the centre of this structure the ancient drawbridge is attached, across which you can still gain access to the building.

The Villa allegedly maintained its original appearance until the second half of the nineteenth century when the entire property was still known as "Torretta Soprana", to distinguish it from another property that is located in the lower lying neighbourhood where there was a similar construction (now known as Casa Ammirati).

The tower houses of the Piana di Latte feature in the interesting memoirs of Miss Gretton, an English tourist who in 1854 had enjoyed hospitality for a few days in the Villa Honesto Otio. (2)

At the current stage of research, the commissioning family name is not known, but we know that in the nineteenth century, presumably in the first half, it was bought by Andrea Biancheri, a renowned merchant from Ventimiglia, who in 1868 left it to his three children. In 1881, based upon the division of paternal assests, Villa Corinna was inherited by Emanulele Bancheri the second who, after a few years, added an extra level to the building.

The central section of the building, or rather the original manifestation of the tower house, was volumetrically increased although, at present, it is still possible to distinguish the original body from later additions: a first expansion occurred during the twentieth century in the 1920s, when a square structure consisting of of two floors was constructed on the south façade.

Due to the natural slope of the land, the Villa has three floors on the west and south sides, and four to the north and east. Devoid of external decoration, apart from the attic fascia (which has a series of brackets that are also repeated in the southern two-story structure), it has the rather stern and imposing appearance, characteristic of buildings built for defence purposes.

Interesting hipped and cross shaped vaulted structures can be observed inside the building , in addition to the perfectly preserved well which is still full of water, in the dining area on the second floor, futher evidence of the defensive function of the building.

The Villa is surrounded by a park demonstrating the natural completion of the building, which is typically horticultural and cultivated in character rather than ornamental. In fact, although several tall ornamental plants (palm trees, pines, eucalyptus, cypress) are still present, as well as olive trees, mimosa and broom, the land served a purely agricultural purpose, as evidenced by the preservation of several farm buildings which are still in use today. A pergola extension connecting the south side of the building with the entrance, situated on the Aurelia road is also still preserved, which once provided the main access onto the property.
(1) De Maestri “Opere di Difesa”
(2) Gretton M “ Diary of an English woman in Italy”, London 1860. 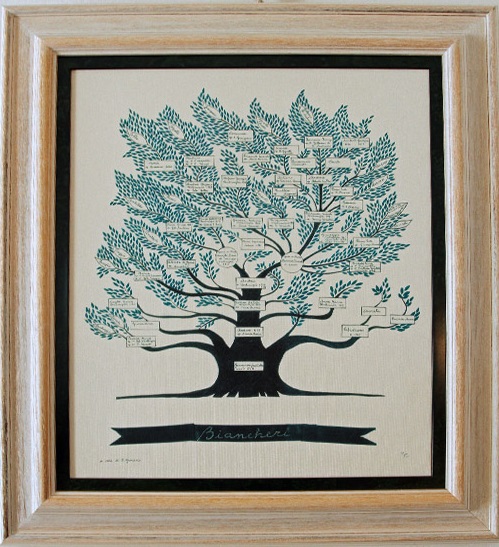